Most people in the ocEAN freight shipping industry are familiar with the term called Bunker Adjustment Factor, which is also called a bunker surcharge that shippers have to pay to cover the expenses of fuel. Usually this fee is Included in your ocean cargo rate that you pay to the freight forwarder. However, there is another similar expense that a shipper might be slapped with sometimes. The emergency bunker surcharge, also called EBS, is an emergency expense that has to be paid to cover higher fuel prices than were originally antiCIPated. A traditional bunker surcharge is known ahead of time. The emergency bunker surcharge is usually a last-minute implementation and an inconvenience for shippers. 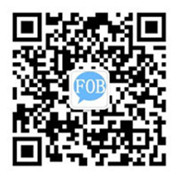